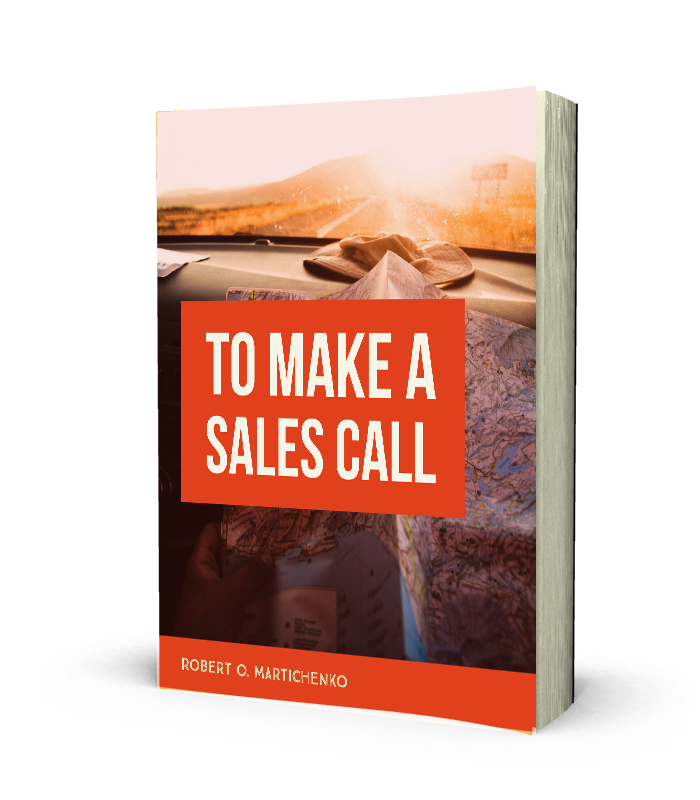 To Make a Sales Call

“The man pulls into the parking lot and maneuvers his car into the space allocated for visitors.He glances at the clock shining from the dashboard of the car. Seven twenty-five, he thinks to himself. He looks down at his watch to verify the time. Thirty-five minutes early for my eight o’clock appointment. Twenty-five minutes before I will enter the building, ten minutes early in order to be successful with my sales call.

The man looks in the rear-view mirror of the car. His first image is the non-descript building he will soon be entering. His mind starts to wander. Just like the rest of them. Nothing special. People don’t want to build interesting structures anymore.

Moving his gaze ever so slightly from the building, the man uses the rearview mirror to peer into his own eyes. “Not bad. I got a reasonable sleep last night. For an old guy anyway. I’ve seen worse.”